Improving IT efficiency and performance through benchmarking 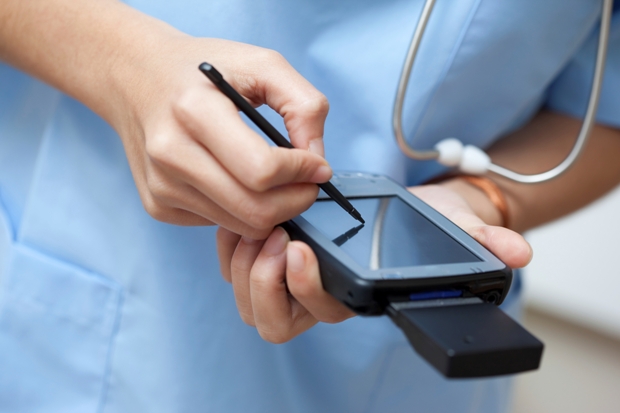 It was in early 2011 that St George's Healthcare NHS Trust and Kingston Hospital NHS Trust decided to jointly review their IT. The objectives of IT directors John-Jo Campbell (St Georges) and Anthony Brewer (Kingston) were to:

1. assess the overall costs and associated quality of service delivery of IT
2. determine whether there was a business case for outsourcing
3. identify potential opportunities for collaboration and the sharing of services, as both trusts are users of the Cerner Millennium EPR system, and both are located in South West London.

John-Jo Campbell explains that “The idea of undertaking a benchmarking study had been discussed at a London Acute Trust IT Director meeting. As the requirements were not unique to a specific trust it seemed sensible to approach our membership procurement body LPP for support. LPP's contacts and experience meant that they could bring to the table lessons learned by other trusts, and give us existing documentation to build on."

LPP is a membership organisation for NHS trusts designed to leverage value and
quality from the NHS procurement budget. LPP's Information Technology and Telecoms workstream lead John Horan supported service delivery managers Justin Beardsmore (St Georges) and David Edwards (Kingston) to work up a detailed specification which could be used as the basis of an Invitation to Tender document for potential benchmarking providers.

The LPP solution: focus on objectives, and get the personalities right

At an early stage, LPP encouraged the team to agree that a key output from this exercise would be a set of recommendations in a service improvement plan. Anthony Brewer comments that “When drawing together the specification, LPP encouraged us to think hard about what we were trying to achieve, and brought valuable knowledge to the process.” LPP was aware that Kings College Hospital and University College London Hospital had recently undertaken a similar review, and spoke with the Directors of IT at each to get feedback on lessons learned.

All agreed, too, that although there would be value in comparing the cost and quality of
service delivered with other NHS organisations, greater value would be gained by
benchmarking against private and other public sector organisations which featured an
infrastructure of a similar complexity to the two trusts.

Having pulled together a shortlist of three suppliers, all three were invited to attend a
briefing session with trust and LPP representatives. This enabled the prospective
suppliers to gain a better insight into trust requirements in advance of receiving a formal
ITT, and also allowed the trusts to consider what else could be achieved through the
benchmarking process. This in turn enabled LPP to work closely with the trusts to finalise the ITT specification and agree the evaluation criteria necessary to ensure the trusts selected the most appropriate supplier.

As part of the evaluation, those analysts who would be undertaking the assignment if
successful were asked to present their organisation's proposal. John Horan explains,
“It was essential that the trusts had confidence in the capabilities of the analysts they would be working with, but equally important was to gauge whether they had the people skills necessary to work effectively alongside trust employees. Staff can feel threatened by this type of review, and be guarded when sharing information with external consultants – we needed to get the right personalities in place to overcome this.”

The review which emerged once the supplier had been appointed involved an in-depth
benchmark examination of the two trusts' IT. Each service area including service desks,
desktop support, systems and network support, project delivery and training, was reviewed by the joint supplier and trust team. This analysis was against a matrix of parameters including cost, performance, service delivery quality and process maturity. Trust performance was compared against a reference group of cross industry and healthcare-specific peer organisations of a similar size and complexity.

Information was primarily gathered by staff populating templates and attending workshops, but also supported by interviews with key stakeholders.

The good news for both trusts is that they are some 15 per cent more efficient than the
average for their benchmarked private and public sector peers – and they demonstrate
considerably greater efficiency than the outsourcing alternatives. It was also highlighted that although both trusts use the Cerner Millennium EPR, there are major differences in how the two trusts' IT environments operate. Sharing IT services at this stage would need such a major investment in reconfiguring infrastructure and methodologies, that it wouldn't benefit either trust.

As expected, opportunities to improve were identified and included in service improvement plans. Both trusts are now inthe process of implementing these recommendations.