Proactive contract management by NHS London Procurement Partnership (in collaboration with South London Healthcare) has cut the rental cost of topical negative pressure wound therapy pumps by up to 75 per cent a day, and saved NHS trusts £1.83m in three years, by proactively encouraging competition in the market. 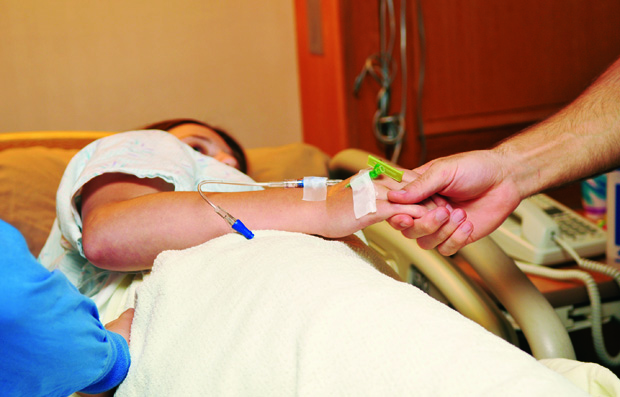 In 2009, NHS trusts in London were paying between £2m and £2.25m a year for the rental of pumps, a market dominated at the time by one major supplier. Topical negative pressure wound therapy ensures that large wounds are kept dry and allowed to heal with the minimum of infection risk in the shortest possible time – and is used by most trusts, which hire pumps in on a daily rate.

South London Healthcare recognised an opportunity to address the pricing and worked in partnership with LPP to develop a framework agreement for the supply of pumps to trusts. LPP is a membership organisation for NHS trusts designed to leverage value and quality from the annual NHS procurement budget.

John Baglivi, Medical, Surgical and Supply Chain Workstream Lead, explains, “What we had was in effect a monopoly supplier to the market. LPP worked to encourage trusts to identify if there was a large difference in product quality and service from the alternative providers on the framework which was in proportion to the huge difference in price.”

Price reductions moved from 35 per cent to 75 per cent

LPP member trusts began to join the new contract as their existing agreements ended. On launching the contract in April 2009, trusts who were able to join at that stage immediately benefitted from an average reduction of 35 per cent on the price of pumps. As more trusts bought into the agreement, LPP managed the customer-supplier relationship to leverage discounts further, until the cost of pumps had dropped by as much as 75 per cent at the end of 2012.

“By actively monitoring and managing the contract, and encouraging increasing numbers of trusts to join, suppliers became much more competitive in terms of value for money and service, and costs came down. Suppliers could see the value of a collaborative approach. They have monitored customer usage, taken note of
any reduction in their own share of this market, and adjusted their pricing accordingly. This has continued to drive down prices as suppliers juggle for market share. As it is a member-wide contract and not negotiated individually for
individual trusts, the benefits are also member-wide.”

This approach paid dividends, and more and more trusts started to switch products and suppliers. Uptake on the contract steadily increased and those on the framework began looking at value-for-money options rather than simply buying from suppliers they had always used.

LPP’s framework continues to generate savings. As John Baglivi says, “Member trusts have realised cash savings without affecting patient care - the number of pumps being used on a daily basis has stayed the same, and the number of patients being treated is the same, yet typical equipment costs are down
dramatically. This process of proactively managing contracts, and encouraging trust
collaboration to get value for money and more control over pricing, shows what can be achieved by trusts acting as one, rather than individually.”

John Baglivi concludes: “We have worked tirelessly, not just to drive the market and turn what was effectively a monopoly into healthy competition between suppliers, but also to achieve savings that directly help staff and patients at member trusts. This is a prime example of real benefits being achieved for the NHS by the NHS.”